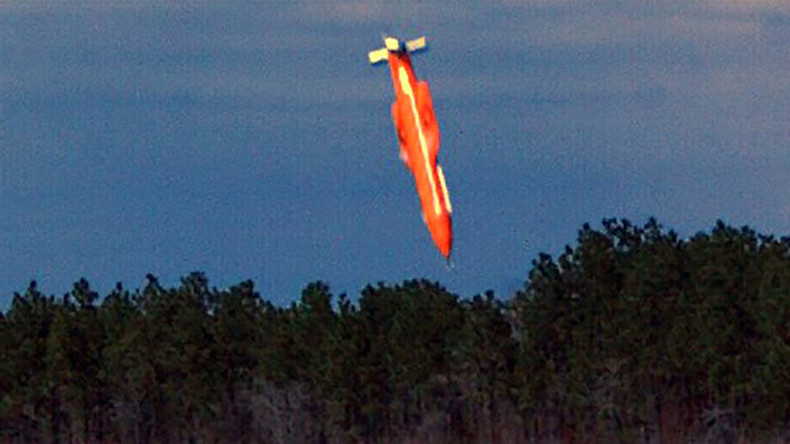 FILE PHOTO: A GBU-43/B bomb, or Massive Ordnance Air Blast (MOAB) bomb © Global Look Press
A top commander of Iran’s Islamic Revolution Guards Corps (IRGC) claims that the country possesses the “father of all bombs” which overshadows the most powerful non-nuclear ordnance of the US.

The bomb was developed under a special request of the IRGC, the corps’ Aerospace Force commander, Brigadier General Amir Ali Hajizadeh, said in an interview on Friday.

“Following a proposal by the Aerospace Force of the Islamic Revolution Guards Corps (IRGC), [Iran’s] Defense Industries [Organization] manufactured a 10-ton bomb. These bombs are at our disposal,” PressTV cited the commander as saying.

“They can be launched from Ilyushin aircraft and they are highly destructive,” he added, without providing any further details on the capabilities of the ordnance. 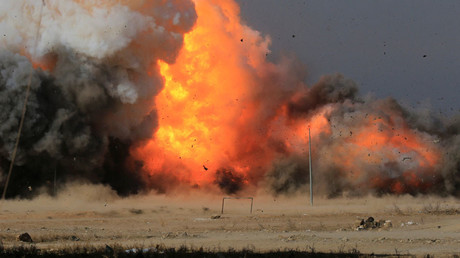 Forget the ‘mother of all bombs,’ meet the Russian-made ‘daddy’

The commander called the device the “father of all bombs,” comparing it to the US GBU-43/B Massive Ordnance Air Blast Bomb (MOAB), commonly known as the “mother of all bombs.” Since the American device weighs 9.8 tons and yields 11 tons in TNT equivalent, the IRGC commander presumably referred to the weight of the new Iranian ordnance rather than its destructive potential.

The MOAB was developed in 2003 and first used in combat this April, when the US dropped the device in Afghanistan on a mountain tunnel complex used by Islamic State (IS, formerly ISIS/ISIL) terrorists.

The new Iranian ordnance, however, might trigger a bomb paternity dispute, as Russia already possesses a non-nuclear ordnance known as the “daddy.”

The Aviation Thermobaric Bomb of Increased Power, known as the ‘father of all bombs’ (FOAB), was successfully tested by Russia in 2007, with impressive results for a non-nuclear device – a 44-ton yield when detonated. The bomb explodes midair, vaporizing its t